Iranian calendar which is one of the world’s most accurate calendar systems based on astronomical observation is in accordance with the movement of the Earth around the Sun and that is why it is called Solar Hijri Calendar (SH Calendar).

Persian calendar is in coincidence with the nature revolution and seasonal changes. Persian new year starts exactly at the first second of Spring and other seasons start with the first day of months. 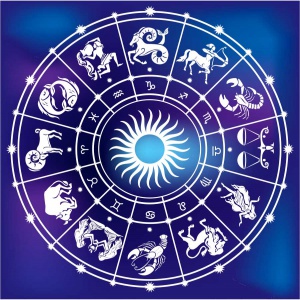 What is the year in Persian calendar?

It should be notified that the Solar Hijri Calendar should not be confused with Hijri Calendar, a lunar calendar, which is used in many Muslim countries. Both the solar hijri and hijri year count has been started with the Prophet Mohammad’s migration (Hijrat) to Medina in 622 CE. However, the difference between them is based on the movement of the moon or Earth. in fact Hijri calendar is based on the movement of moon around the earth but Persian calendar is based on the movement of earth around the sun which is 11 days longer than a lunar year. Hence for instance,the year 1398 in the Solar Hijri Calendar corresponds to the year 1441 in the Hijri calendar. It makes the Persian calendar more accurate and fixed in seasons (new year starts at the first moment of spring every year in spite of lunar Hijri calendar that changes over the years). 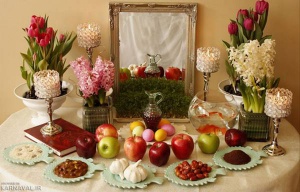 Persian Calendar or Iranian Calendar consists of 365 days in a year while a leap year has 366 days (such as the year 2020 that is a leap year). There is not an exact mathematical rule to determine the leap years because the Persian calendar is an observational one. Indeed, the number of days between two vernal equinoxes assign if the last month of the year that is called Esfand is 29 or 30 days. However, several proposals have been made to approximate the accuracy of the Solar Hijri calendar.


The first six months that are in spring and summer (Farvardin, Ordibehesht, Khordad, Tir, Mordad, and Shahrivar) have 31 days; months seven through eleven that are in fall and winter (Mehr, Aban, Azar, Day, and Bahman) has 30 days; and the last month (Esfand), as mentioned, has 29 days in usual years and 30 days in leap years. The Persian and Gregorian (Julian) months in 2020 are as follow:

In the Persian calendar, every week begins on Saturday and ends on Friday. Friday is the weekend and Saturday is the first day of the week in Iran. The name of the days of the week are as follow:

And also the site calcuworld.com helps you convert any date from Julian calendar to Persian calendar and vice versa, also it shows you the day of the week for any date that you enter.

The biggest Iran secular event is the Persian New Year. It is 13 days. However, the public offices are off duty Farvardin 1-4 (March 21–24). The other festivals include Oil Nationalisation Day (March 20); victory of the Islamic Revolution of Iran (February 11); Islamic Republic Day (April 1); Sizdah be Dar or Iran Nature Day (April 2); death of Ayatollah Khomeini, the Great Leader of the Islamic Republic of Iran (June 4); and anniversary of the Arrest of Ayatollah Khomeini (June 5).

I'm Maryam. I was graduated in B. A. and M. A. in Translation Studies. I also have a BSc. degree in Urban Planning. I am a tour organizer and travel consultant, a teacher, and an urban planner who tries to do her best. I love the world. I love all creatures. I am seeking peace of heart and mind. I am looking for a better Earth to live.
PrevNext
2 Responses