Iran has a prolific and long history in medicine. Medical texts which were discovered in old Persian dates back to over one thousand years ago. It shows the importance of this science to Iranians.

During Achaemenid (550 BC), as the first major Iranian dynasty, the culture and sciences had developed extensively. Achaemenid ruled over a vast area of the world. The texts founded from that time describe how physicians used medicine, magic and even prayer to cured people. The dynasty built some library and museum in Persepolis, their capital, to rival the Babylonian archives which were the best at that time. Greek and Egyptian physicians served the Persian royal household. They had great status in the kingdom. The records also indicate how the plants, herbs, animal fats and other substances such as arsenic, antimony, sulfur, etc. were used for medical purposes. Vendidad (the book of Zend-Avesta) also mentioned three kinds of medicine (medicine by knife, medicine by herbs, and medicine by divine words) done by Persians. The subsequent dynasties also followed the same trends.

However, science and technology were flourished in the Sassanid era. The Sassanian, along with the Roman-Byzantine Empire, was the superpower of the ancient world for over 400 years. In this era, Jundishapur University (in Khuzestan Province), the first center for learning, was constructed. It was considered as the first teaching hospital.
Medical science has reached its zenith especially during Islamic civilization when well-known scientists such as Avicenna (980-1037), Razi (865-925 AD), Ali ibn-al Abbas-al Majusi (died 994 AD), and Ismail ibn al-Husayn al-Jurjani (110 AD) having a great influence on the field of medicine were borne.

Avicenna (Ebn-e-Sina in Persian) was a revolutionary scientist who had a very profound and accurate observation of diseases even rare ones and found many new treatments. He wrote a book called “Canon of Medicine” which was a cornerstone in medical science. This book was taught in European universities up to modern days.

Razi was a philosopher and a pioneer physician who discovered alcohol as an essential substance in medicine and Pharmacology. 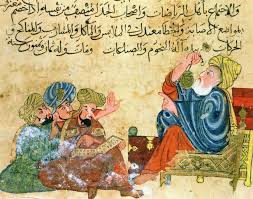 This brief history represents that medicine has always been an important issue for Persians. Today, Iranian physicians such as Dr. Khodadost, Dr. Mussivand, Dr. Samii, Dr. Shekohi, etc. are among the most famous physicians of the world due to their valuable services to the era of medicine.