Iran Shahr-e-Sookhteh or Iran Burnt City one of the world’s largest communities was built around 3200 BC. Iran Burnt City is located on the banks of the Helmand River, Zahedan, Sistan Province, Iran. This site, covering around 151 hectares, is associated with Jiroft Culture. Iran Historic Burnt City was considered as World Heritage by UNESCO in 2014.

This historic city as an archaeological site of a sizable Bronze Age urban settlement got abandoned in 1800 BC after being burnt down three times. It was discovered and investigated by Aurel Stein in the early 1900s. The mysterious and high-technology Iran Burnt City can absorb millions of people and tourists every year. 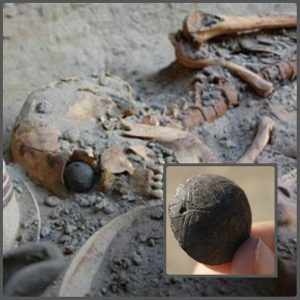 It is believed that Iran Burnt City is the witness of the first brain surgery and the first prosthetic eye. A skeleton of a tall woman (6 ft) discovered shows that she had the world’s earliest artificial eye about the size of half a ping-pong ball covered by a thin layer of gold. She must have worn it between 2900 and 2800 BC. There are also some objects (like a skull) found in Iran Historic Burnt City which demonstrate conducting the first brain surgery.

Another interesting point here is the position of human remaining buried in Iran Burnt City‘s cemetery. Some were buried prostrate, some in a supine position and some lying on one-side. It is said that these different positions are due to different cultures. 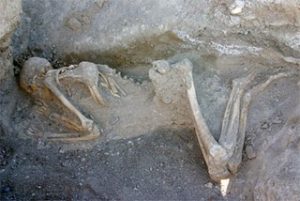 Since there have not found any weapons, the anthropologists believed that the residents of Iran Historical Burnt City who were both farmers and craftsmen were very civilized. The women also had social and financial prominence. There are some 5000-year-old insignias, made of river pebbles in some females’ grave which show females used them to place their seal on valuable documents or indicated their lofty status. 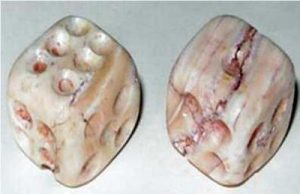 In Iran Historic Burnt City, the first-ever animation, a series of 5 little pictures, put together cunningly by an art man is also found on a painted cup. A goat or ibex jumps up to nibble a bush. The simple bowls, drinking cups and water bottles, much of them painted, and even the fragments of woven fabrics all indicate the art of ancient men in Iran Burnt City. 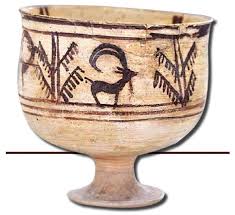 This ancient civilization in the east of Persia with its peaceful nature like its prehistoric residents’ nature welcomes you. 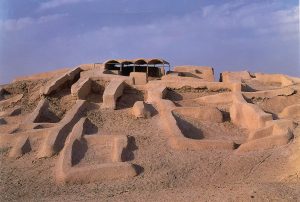