Iran’s share from world deserts is approximately 34 million hectares. Located in southeast Iran and among Kerman, South Khorasan, and Sistan and Baluchestan provinces, Lut Desert, with an area of 80,000 km, takes up about 5% of the country’s lands. It is considered as one of the driest deserts in the world. It has been identified by NASA as the hottest place on earth. Most of its parts are uninhabited due to the extra warm and dry climate and lack of freshwater supplies. However, it should be noted that salty water was found in the northern regions of this desert. In southern parts, freshwater was also founded. The ecological condition of its ecosystem remains unclarified; it is unbeknownst to most since no documentation is available except a report documented 1400 years ago by explorers. 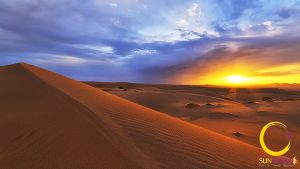 This desert was inducted into the list of World Heritage Sites in the 40th UNESCO meeting in July 2016. It is the first natural heritage from Iran listed.

This desert enjoys a 5,000-years-old aqueduct which is the oldest one in the world. It is also identified as the gateway to form an important part of the Arate civilization in Shahdad and the Takab plain. 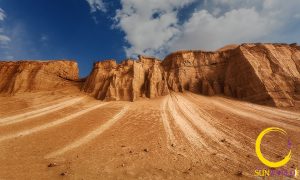 This endless desert gives you a picture of going and going without an end; the sun shines directly on the dry and pure plains; the thirsty plains not seeing even a single spring all represents an infinite beauty.

Its sever dryness covers most parts of Lut. No plants are found in some parts. In others, you can just see a few plants. Due to this dryness, which is Lut characteristics, they have their roots buried tens of meters into the ground to reach the moisture. However, despite this dryness, Lut is home to flora and fauna including mammals, insects, birds, plants, etc. adapted to live in the desert. It is also the habitat of Asiatic Cheetah, a type of indigenous alligator, Balaban, the world’s fastest bird in flight. 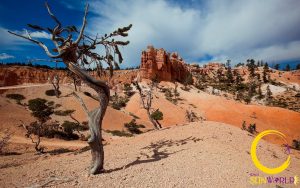 Sun World Tour & Travel Agency invites you to visit the most beautiful parts of Desert in Iran by affordable tours.

Travel to Iran by Iran Sun World, a Tour Agent