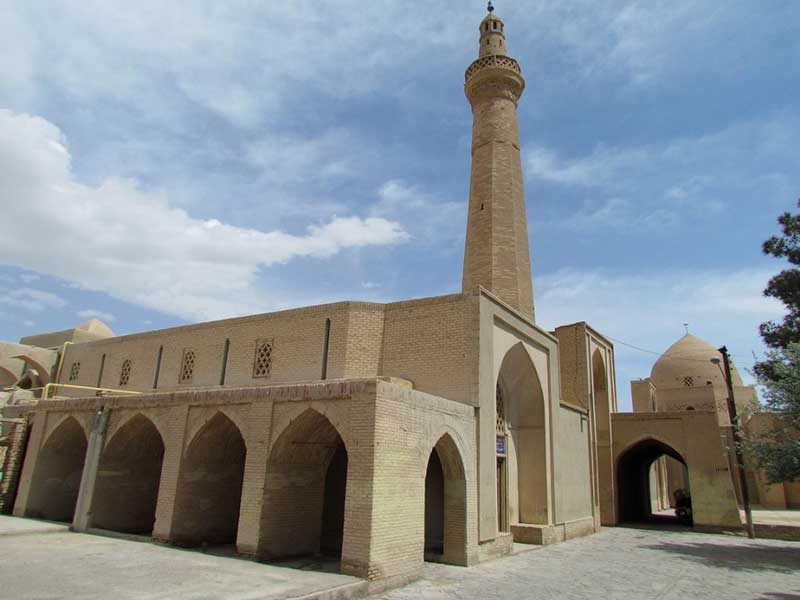 Nain is located in Isfahan Province, Iran. In fact, it lies 140 km east of Isfahan. It has an area of a 35.000-kilometer square. It enjoys a desert climate. Due to the ancient monuments of this city, Nain dates back to more than three thousand years ago. Most of the Nain’s tourist attractions have a long history and belong to the architecture of different times. In this article, you will become familiar with this city’s attractions.

Narenj Castle is an ancient Castle. It is located right in the center of the historical texture of the city. It is the oldest known building in the historic city of Nain. There are several theories about the function of this castle. Some believe it was used as a fire temple before Islam. Due to the existence of a moat around it, some others believe it was a military fortress. Some also believe it was built for a ruler. The height of the castle, including the height of the moat, reached 50 meters. The castle is a polygonal structure with several towers on the corners. This castle is made entirely of crude clay with different dimensions from 43 × 43 to 22 × 22, which indicates that the castle had been built and expanded in different periods. 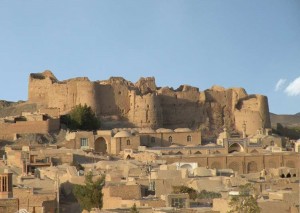 Pirnia Historical House is one of the most important historical buildings in the city of Nain, whose architecture is inspired by desert climate. This 400-year-old house was built during the Safavid era. The building includes various parts including entrance, multiple corridors, hashti (foyer), royal room, living room, garden, etc. This historic house belonged to Nain rulers. The most important feature of this house is its beautiful murals and paintings on the royal porch, private ruler’s room and, ceremonial room. Today, it is used as the Nain Museum of Anthropology. Currently, more than a thousand historical and ancient objects are kept in it. Through this museum, tourists can become familiar with the culture of people living in the desert, their lifestyle, their, clothing, crafts and traditional arts, agricultural instruments, military equipment, and their customs. 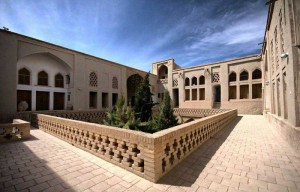 Nain Jameh Mosque was built based on the Prophet Mohammad Mosque style (located in Medina). The mosque is one of the few primary mosques with Shabestan, which has undergone fewer changes. Its first building was built in the 2nd century AH, which currently forms a large part of the current mosque. Its central courtyard is not large enough. It was built in the shape of a quadrangle. The courtyard has forty pillars on the eastern, southern, and western sides. 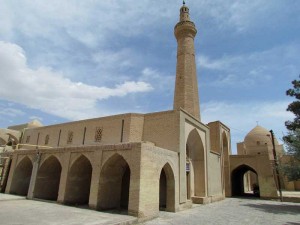 Mohammedia Castle or Ashoorgah is one of the most important historical monuments and historical castles of Nain which is located in the historic neighborhood of Mohammedia in the east Nain. Due to the type of materials used and the style of construction, it probably belongs to the pre-Islamic era. In this neighborhood and just in front of Mohammedia Castle, there was another castle called Rig. At present, there is no trace of it.  Inside the historic castle of Mohammedia, there are rooms of varying sizes built for residents at the time of the war. 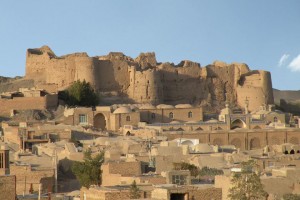 Nain Historical Bazaar is one of the oldest Iranian traditional bazaars. It was the most important shopping and business center in the city of Nain in the past. The entrance to this bazaar was one of the oldest gates of the city, also known as the “Historical Gate of Forty Girls“. The length of the Bazaar is about 1,000 meters; its width is between 3 and 5 meters. It includes 170 shops. 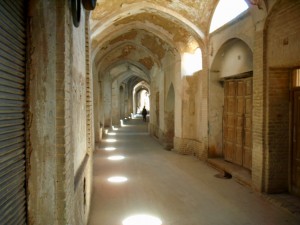 Masonkhani Ab Anbar is the most famous water reservoir of Nain which was constructed by a person with the same name. Nain Ab Anbars have similar features in terms of the materials and components. These water reservoirs were built due to the desert climatic conditions of Nain. 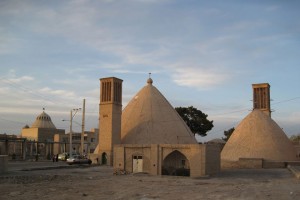 Rigareh Water Mill is a Qanat-based water mill located in Mohammedia neighborhood. Some believe it dates back to the pre-Islamic era. The mill has a depth of at least 90 meters and placed 25 meters underground. The main entrance of the mill is located at a depth of three meters underground. After passing through a large corridor with a length of 60 meters, the main center of the mill can be reached. 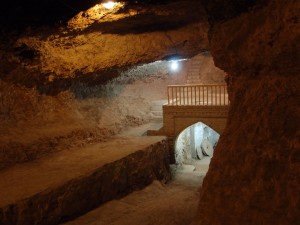 Balabad Caravanserai is located 23 km of Isfahan Road to Nain near the village of “Belabad”. This caravanserai has an area of 2,000 square meters and contains 26 rooms. It dates back to the Safavid era. 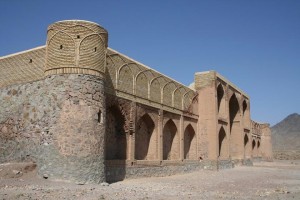 Separou Fire Temple is located on the top of Shirkouh Mountain in Separou village, 30 km northwest of Nain. It is registered as the monument belongs to the Sassanid era. 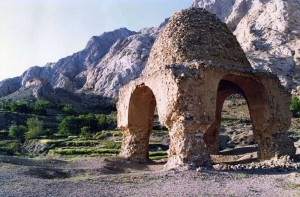 Musalla Garden is one of the most striking monuments in the city of Nain. It was built in the early nineteenth century. This beautiful garden has been closed until a few years ago. It has a shrine. The tomb belongs to Pirnia family. 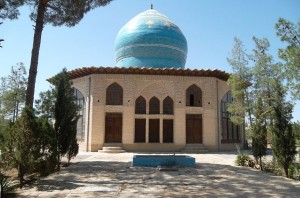