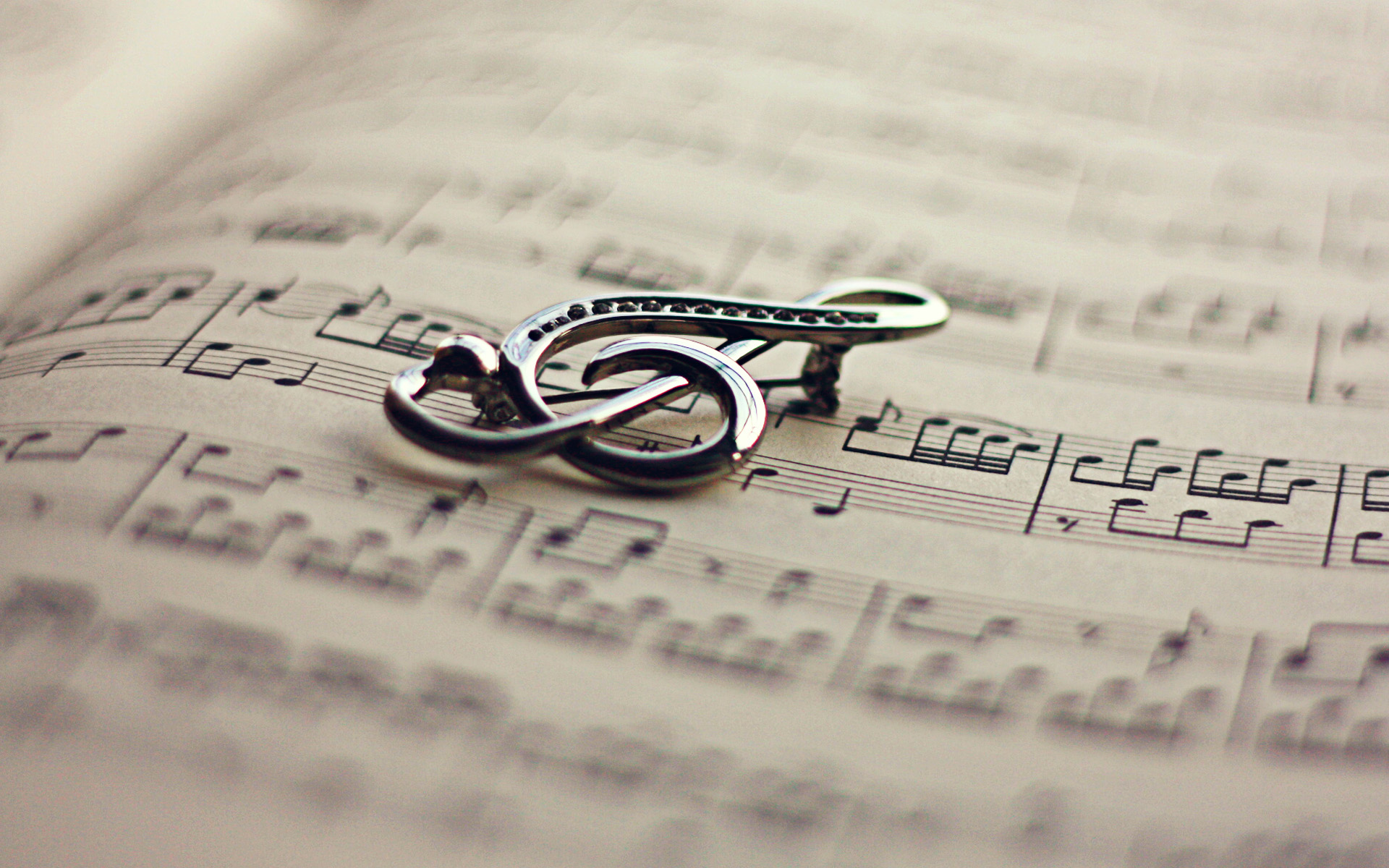 The traditional and indigenous music of Iran is called Persian traditional music or Persian classical music. It is an ancient traditional art that is appreciated by all Iranian different ethnic groups all around the country. Iran music history dates back to the prehistoric era. It was considered as a means of communication. It later became part of people’s beliefs and culture playing on happy occasions and even funerals. An ancient seal found in Choghamish, Khuzestan Province, Iran (back to 3400 B.C) has shown that there was the most ancient music orchestra of the world in Khuzestan province.

Jamshid, the Achaemenian king of Persia, is considered to be the inventor of Persian Music. During this era, there were three kinds of music in Iran consisting of religious (called Gatheha sung by priests; it was merely vocal, not instrumental) military and local. The Fragmentary documents also have shown that the ancient Iranians possessed elaborate musical instruments and culture during Elamit era (around 800 BC). Their music was under Assyrians’ influence. Hellenistic art had put an impact on Iranian music under Seleucids and Parthians. In the Sassanid era, music had played an important role in the courts. Barbad, Ramtin, Sarkis, Bamshad, Nakisa were among the most famous musicians of this era composing unforgettable pieces. They founded the basis of some schools of music still being played in Iran. Harps, lutes, flutes, bagpipes, etc. were among the most used instruments. During the Sassanid era, Persian music was brought to a higher status. During post-Islam, it was also entered into the Arabs’ world. Indeed, today, among 52 various tones of Arabic music of Lebanon, Syria, and Egypt, there are about 30 Iranian organizations, which had entered their music.

However, today’s traditional Iranian music began to develop after the advent of the Muslim conquest of Persia in the Medieval era. After Islam, Iranian music has gone through many ups and downs. Some caliphs forbade Persian music; some others introduced music as part of their life, and the music was improved by their supports. As a result, music began to flourish.

Among different Persian musical instruments, some are prominent. Below are some: 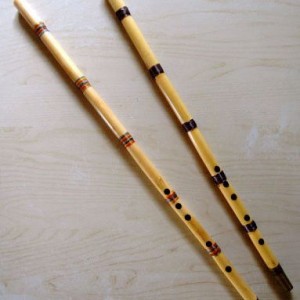 Nay prominently figuring in Middle East music is an end-blown flute that has been used over 5000 years. The Persian nay has five finger holes in front and one thumb hole in the back. It has a hollow cylinder with five or six finger-holes and one thumb hole. When a stream of air is directed toward the opening of the instrument, the sound is produced. This airstream is produced behind the upper teeth.

The daf is a large frame drum used in popul 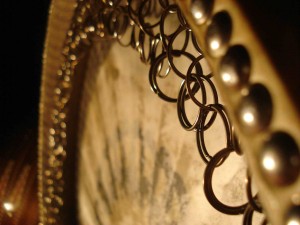 ar and classical music. It is mostly has been used in Asia and North Africa. In Iran, it was used first as a Sufi instrument played in Khanghahs. However, this instrument has recently become very popular around Iran. The frame of daf is usually made of hardwood with many metal ringlets attached. The membrane is usually made by fish skin, cow, goat, horse, etc. 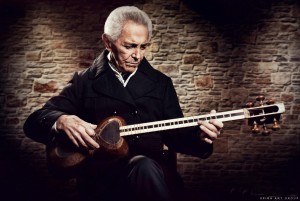 Invented in the 18th century, Tar is a long-necked lute (a plucked stringed instrument) playing in Iran, Caucasian countries such as Azerbaijan, Armenia, Georjia, and central Asia. Tar consists of two forms: the Persian one called Tar-e-Shiraz or Irani, and Caucasian one also called Tar-e-Ghafghaaz. It is made of a block of mulberry wood. It has a deep, curved body with two bulges. The upper surface, the soundbox, is shaped like two hearts of different sizes, joined at the points. They are called Naghaareh (the smaller part), and Kaasseh (the larger part). The soundbox is covered with lambskin. A horn bridge supports six metal strings in three courses on the lower skin. The fingerboard has twenty-two to twenty-eight movable gut frets. 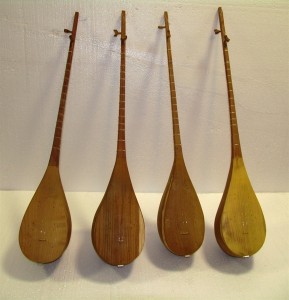 The dotar is literary translated as two strings usually made of silk or animal entrails. Founded in Iran and Central Asia, it is a traditional long-necked two-stringed lute. In Iran, this instrument is mostly used in the north and the east of Khorasan, Gorgan, and Gonbad. It should be noted that dotar’s dimensions and the number of its ligatures vary slightly from region to region. Its fabrication is made of two types of wood. The pear-shaped body is made of a single block of mulberry wood and the neck is made of either the wood of the apricot or the walnut tree. 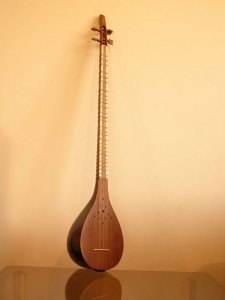 Another Iranian musical instrument is setar. It is literally translated as “three strings”; however, in its present form, it has four strings. Two of the strings are made of steel, and two others are of brass. Its ancestry can be considered as ancient tanbur. It is made from thin mulberry wood and its fingerboard has twenty-five or twenty-six adjustable gut frets usually made of silk or animal intestines. This instrument is the preferred one for Sufi mystics.

The kamancheh, a bowed spike fiddle, is an Iranian b 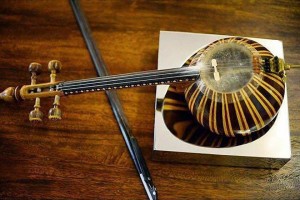 owed instrument with four metal strings. The body is made of a sheepskin membrane. It is used widely in Iranian classical music. The art of playing with this instrument was included in the UNESCO Intangible Cultural Heritage Lists in 2017. Its tuning varies region by region.

It is a shallow, regular trapezoidal box with several sound posts inside it. There are two small rosettes on the top panel helping to amplify the sound. It has 72 strings arranged in groups of four. Each of these four groups, supported by a small, movable, wooden bridge, is tuned to the same pitch. It is usually made of various kinds of wood such as walnut, rosewood, betel palm, etc. 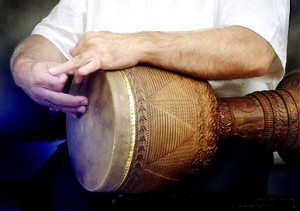 The tompak is a goblet drum, a percussion instrument in Persian music. It is a large wooden instrument with a goatskin head. This instrument is also called Tombak, Tompak, Donbak, Dombak, and Zarb.

Travel by Iran Sun World, an Iranian Tour Operator to visit Iran, the land of Art.