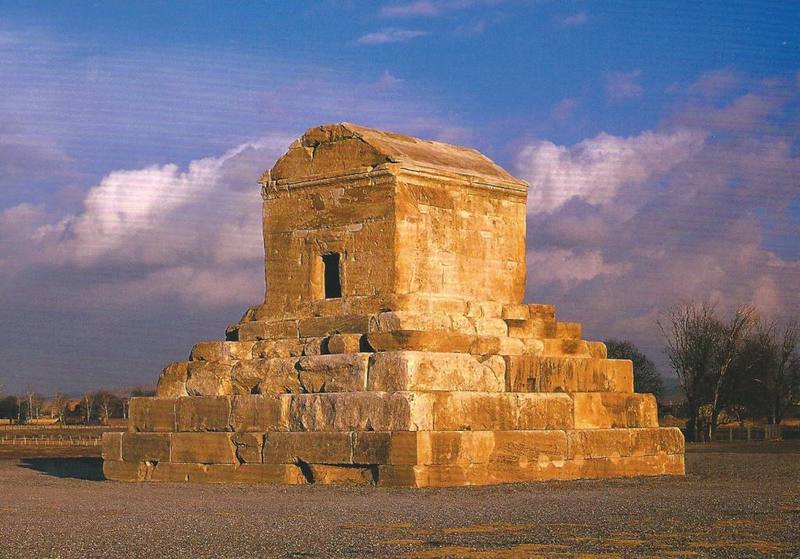 Pasargadae, Tomb of Cyrus the Great

A 2500-Years Old Tomb of Mystery and Wonder

Cyrus the Great is the founder of the Persian Empire reigned from 559 to 530 BCE. Cyrus was praised in Greek and Babylonian documents and also the Old Testament. Indeed, the tomb of Cyrus is the only monument in the Pasargadae complex, which has been described in Greek. In fact, Cyrus was one of the most admired individuals; he ruled the Persian empire benevolently. 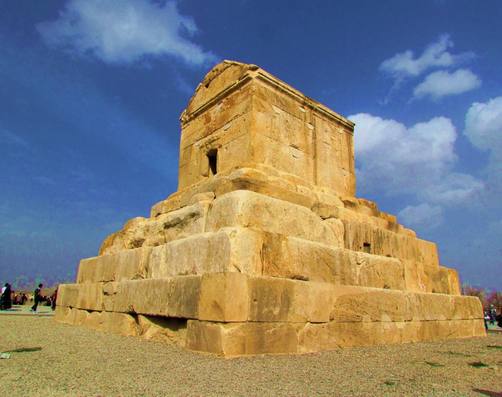 After the death of Cyrus, the Great, in a battle with Scythians, his body was embalmed and buried with his valuable treasuries and weapons. Today, his tomb, located in the Pasargadae, is one of the most visited sites in Iran. Pasargadae is in a plain, situated not too far from Shiraz, Fars Province. Pasargadae was recognized as a UNESCO World Heritage Site in 2004. 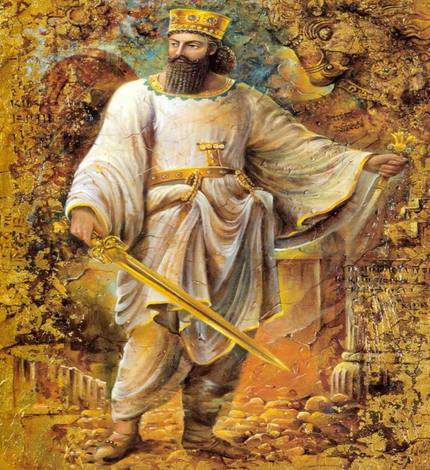 A German archaeologist named Ernst Herzfeld (1879-1948) excavated Pasargadae and first confirmed that it is the Tomb of Cyrus. In fact, in 1907, he completed his Ph.D. thesis on Pasargadae and then started extensive excavations that lasted for 5 years (1923-1928).

The tomb survives over 2,500 years while the city around it has crumbled to ruins. In a nearby column the carved words “I am Cyrus, the king, an Achaemenid,” were found in three languages: Old Persian, Elamite, and Akkadian. 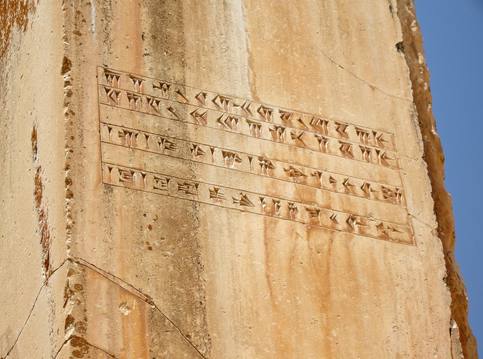 Unfortunately, the tomb was damaged badly by Alexander the Great who conquered Persepolis, the Persian capital, looting its treasure and then burned the great palace and Pasargadae in the year 330 BC. Before his violation, Persepolis was the jewel of Persia, and after that, it was just some columns standing in the sand. However, today it is one of the most visited sites by those interested in visiting Iran.

After Islam, some Arabs came to believe that it was the tomb of Solomon’s mother. They built a mosque around it in the 13th century. In the 20th century, it was discovered that it is the tomb of Cyrus the Great. Afterward, the Shah of Iran, Mohammad Reza Pahlavi respected it during the 2,500-year celebration of the Persian Empire. 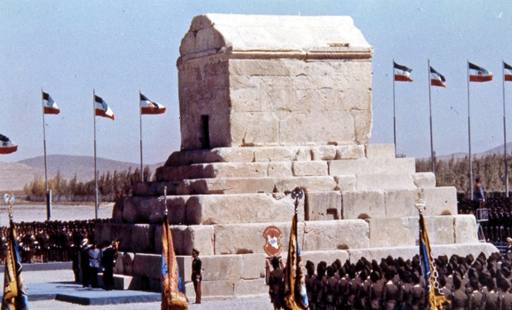 Unlike the traditional linear architecture in the Middle East in that era, Pasargadae had a different design, became prominent throughout Persia, India and Central Asia. Elements from Egypt, Greece, and Babylon were combined to design this simple tomb. This majestic simplicity, however, reflects a sense of balance and beauty never equaled in earlier or later Achaemenian times. In this design, there was a palace in the center surrounded by gardens containing cherry, pomegranate and almond trees. David Hogge, the head of Freer and Sackler Archives stated that “There was a complex system of irrigation canals which Herzfeld discovered. It really was very novel when it was built.” 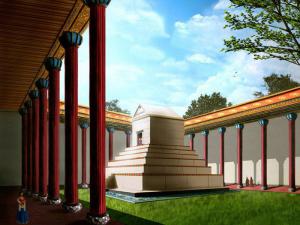 The tomb of Cyrus is located in the southern part of an area, which was the King’s garden in the past. The structure of this tomb is so elaborate and strong that it has been stable for over 2,500 years against different factors both natural and unnatural.

The structure in a triangular pyramidal shape has six step stairs (with an area of 165 m2) containing yellow-white calcareous stones. There is a room at the top of the structure where the body laying in a gold sarcophagus on a gold couch was placed. This room with a pitched roof has a total area of 7.5 m2. The thickness of the walls is about 1.5 meters. 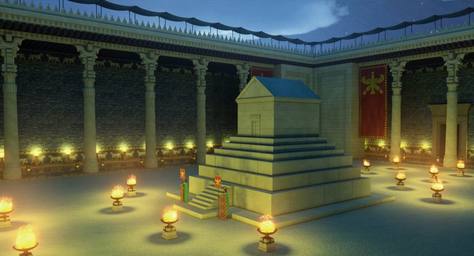 It seems that there was a small building near the tomb for the clergymen who were responsible for maintaining this place.

There were 22 columns surrounding the three sides of the tomb. At the southern end of this site, there is evidence of a rock-cut road showing a highway linking Pasargadae and Persepolis. 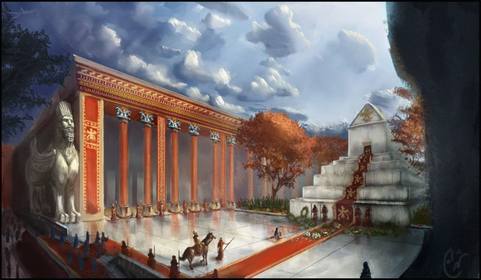 There was also a walled park in the southern part surrounded by a series of royal buildings. Excavations showed that one of this buildings looked like Ka’be-ye Zardusht (a stone quadrangular stepped structure in Necropolis where the Zoroastrians worshiped fire); a building (it was the only entrance to the park) enjoying a unique four-winged figure with an Egyptian-style, and two palaces were decorated with some beautiful sculptures and inscriptions in the name of Cyrus. 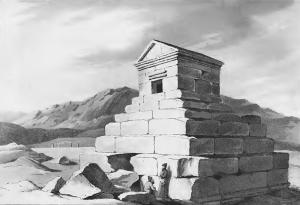 If you are interested in visiting Cyrus’s tomb, contact us. We can arrange a tour for you. Enjoy all Iran attractions by Iran Sun World, an Iranian Tour and Travel Agency. irantours24 consultants can provide you the best services with the least prices.